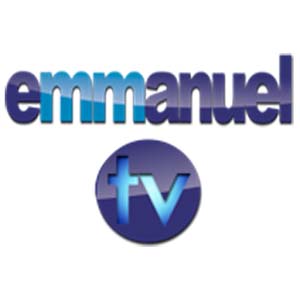 Emmanuel TV is most watched and largest television channel in Africa. It was founded in 2006 by T.B.Joshua, Pastor of The Synagogue Church Of All Nations (SCOAN). Recently it is working in possession of Emmanuel global network. With more than 400,000 subscribers it is most subscribed ministry channel on Youtube all over the world. Emmanuel broadcast its transmission in the English language in Africa, some parts of Europe and Central America.

This channel also known for best moto in the past like Distance is not a barrier. Best thing is they encourage viewers to pray with T.B. Joshua by “touching the Screen”. Joshua made access to the channel possible to prisoners and hospitals. Many people claim including Nollywood actress Tonto Dikeh that they had received healing through the prayers. One Emmanuel TV’s YouTube videos are ranked as the fourth most viewed video ever within Nigeria by Google.

In 1990 SCOAN (Synagogue Church Of All Nations) started distribution of video cassettes which show the clips of Joshua’s early ministry and alleged miracles. Along with Joshua start the regular programming on local Nigerian TV with show name “miracles”. But in 2004 NBC (Nigeria’s National Broadcasting Commission) banned this show under an instruction of PresidentOlusegunObasanjo. Many other programs were also stopped.

It is on aired Christian programs with the purpose to preach the Good News to all humanity. In a very short time, it got much popularity and became one of the traditional Africa’s channels. BBC described Joshua as Nigeria’s best televangelist.

Its programs can see in all over the world by satellite stations. In Africa, its weekly produced many local television stations I November 2015 as debuting on GOTv and DStv. In February 2016 it starts transmission on Startimes. The Payout centre of Startimes situated in Johannesburg, South Africa.

The channel on aired programs from The Synagogue, Church of All Nations. The television channel has gotten the reputation as only Christian station that does not syndicate programs of other pastors. It also does not run any on-air campaigns for financial help.