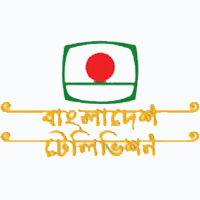 Watch BTV Bangladesh Live Stream Television Channel (বাংলাদেশটেলিভিশন)Live Stream. it is a state-owned national television channel based in Dhaka, Bangladesh. It is also known as BTV Bangladesh.  The channel began broadcasting on 25 December 1964 as Pakistan television. At that time it was the part of East Pakistan.  After independence in 1971, it was renamed as Bangladesh Television. It started color transmission in 1980. BTV Bangladesh gives coverage to the whole country via relay stations and one regional channel in Chittagong broadcast local programs in the evening.

Read More About BTV
The channel began to broadcast the news programs of CNN and BBC in the mid-1990s. BTV worldwide transmission started in 2004 via satellite based branch BTV World. BTV has criticized as the lack of quality entertaining programs. It is financed through television license fees.

BTV has produced many award-winning programs, and from 1980-2000 it aired many international programs, cartoons, children programs and famous English TV series. Best thing of the channel is that it did not dub its shows. Some notable English TV programs and cartoons were included

BTV Bangladesh broadcast sitcom, children series and talk shows. Some notable programs of the channel is given below

AajRobibar (Today Sunday) is a Bangladeshi sitcom on aired in 1999 on BTV and created by Humayun Ahmed. This television series is well known due to Bengali song “JoleBhashaPoddoAami.

It is a Bangladesh television show written and created by Humayun Ahmed in 1990.