Alhurra News is an Arabic language United States-based satellite television channel. It broadcast current affairs programs and news to viewers in North Africa and the Middle East. The purpose of the channel is to provide relevant, accurate and objective news and information. The channel expands the ideas and opinions in the region’s media. It distinguished from other channels by providing broad coverage of U.S issues and policies.

It produced the perspectives which we do not hear on other Arab television networks. The channel started on 14 February 2004 in 22 countries across North Africa and the Middle East. It was the third highest rating Arab news channel. Middle East Broadcasting Networks own the channel. The headquarter of the Alhurra news located in Springfield, Virginia. Alhurra news won many awards for creative work like CINE Golden Eagle awards for Street Pulse, Where we were going in 2014.

The launching of the Alhurra news the USA prompted because of a dispute between USA government and Anti- America bias reporting from Arab television networks which lead the Arab people against the U.S. It was intended to produce news in more balanced and objective manner to improve the image of United States in the Arab world.Norman Pattiz was the driving force behind this channel which is founder and executive of Westwood One. Pattiz was the founder of Radio Sawa and idea of the creation of Alhurra channel came from the success of Radio Sawa. Pattiz believed that Arab people were negatively affected by Arab news networks in Iraq, Afghanistan, and Israeli-Palestinian conflict.

He insists there should be a U.S funded satellite TV which could help to improve American image in this region. In May 2004 A video on CBS’s by Patti described the successful launch of Alhurra channel. Bush government requested a $62 million in the first year of operation by Patti’s efforts. In 2013 an old TV station was converted into the modern broadcast studio for the channel and it on aired on 14 February 2014.

The focus is weekly series which reporting on topics around the world like politics, science, business, and arts. It highlighted the stories from archives of U.S.PBC Newshour and translated into Arabic.

It is sports program which highlights the week top sports news.

It is one-hour long interview program in a week with prominent newsmakers from the Middle East.
Al-Majalla (The Magazine)

Al Majalla is the documentary series focus on American history and cover subjects such as Harlem Renaissance, lifestyles of Americans and stories of successful Arab Americans.

A talk show takes a broad look at rights of women in Gulf region of Middle East.

One hour weekly program in which host discuss the political issues and social problems that are sensitive in a region.

It is a first business program that broadcast in Arab live from New York Stock Exchange. This weekly program focuses on investment news.

The documentary series invite the American and examines their daily lives, their beliefs, and struggle.

It is live three hours daily program provides the latest news from the Middle East, the US and around the world.It also includes the interviews of business leaders, athletes, politicians, and artists. 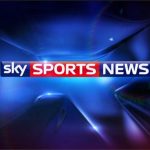 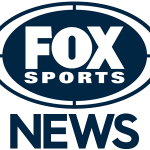